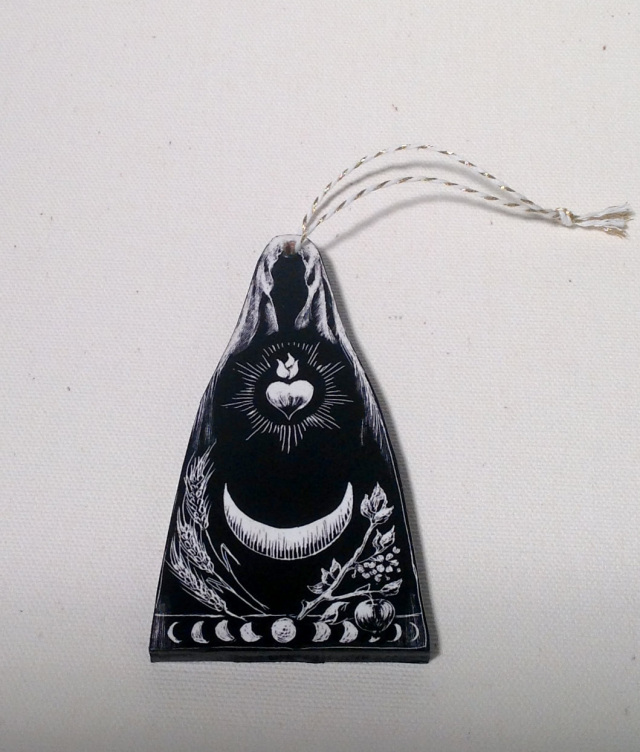 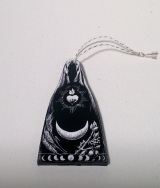 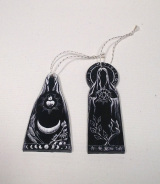 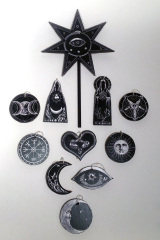 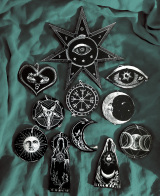 The old Goddess, fruit bearing, strong and nurturing. She is shown with the sacred heart of eternal love and the moon, representing fertility: role also strengthened by a fruiting apple branch and wheat stalks. Together with the God (sold separately) they are the ancient duality and have been honored for the winter solstice since prehistoric times. 4.5 inches tall.

Sidenote: Some of you may wonder why I wanted to make occult and magic Christmas decorations, while others may get offended... It's a Christian holiday, right? NO, not historically speaking... Christmas was created on the basis of existing Midwinter rites which had existed in many different pre-Christian pagan religions, originally meant to celebrate the winter solstice, marking the point of greatest darkness and welcoming the "turn" of the year. Many ancient people, especially from temperate and sub polar regions felt the need to bring in some cheer to those trying cold days, and they did that by gathering together, feasting, decorating trees and their houses and participating in different rituals together. Many of the rituals had to do with the "Birth of the Sun" ( I.E. the beginning of it's return), which later got replaced by the more literal, Christian "Birth of the Son", aka Christmas.

I wanted to make these decorations because I personally love celebrating at this time of year, but I wanted to bring the old Magic back into my Midwinter or Jule tree. You are welcome to do the same, and let these powerful magic symbols work their magic in your home!

Sold out
Add to Cart